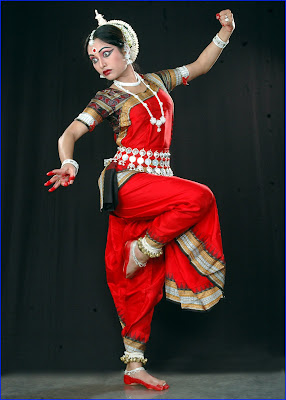 Shibani was awarded the 2006 Devadasi award in Orissa. Shibani and her sisters were honored with the “Kalashree” Award by the Orissa Society of Americas for their contribution to arts. The California Arts Council has awarded a “Next Generation Artists” grant to Shibani for new choreographies. She has performed in prestigious venues throughout India, including the 2007 Konark Dance Festival and the Ravi Shankar Institute in New Delhi. In 2008, she performed at the International Stirring Odissi Festival in Kuala Lumpur, Malaysia. Shibani and her sisters helped popstars Madonna (1998 MTV Video Music Awards) and Ricky Martin (2007) choreograph in Odissi style, which was broadcasted to millions across the world. 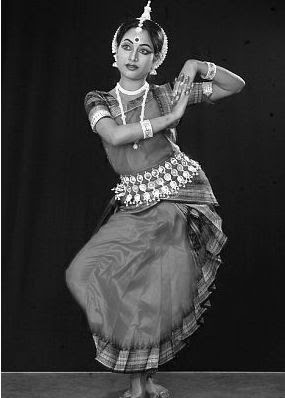 Stanford University presented Shibani with the 2001 Asian-American Performing Arts Award and the Chapell-Lougee Scholarship to conduct research in Orissa. Due to her leadership, the Stanford University Dance department began offering Indian classical dance courses in 2002, where she taught the first course on Odissi.

She has been featured in numerous US and Indian publications, such as Dance Magazine of New York, Yoga Journal, Hinduism Today, India Today, InStyle, and Bazaar. Shibani has enjoyed instructing Odissi to over 25 students at the Center for World Music in San Diego since 2003.

Shibani can be reached at: shibani_patnaik@yahoo.com.
Posted by IB